THIS IS ALFREDO SPAGNA.

Faculty of the Department of Psychology at Columbia University in the city of New York.

My research focuses on the psychological and neural mechanisms of Attention, Perception, and Mental Imagery.

In the Department, I Teach Neuroscience courses (both introductory and advanced seminars) and serve as the Director of the Neuroscience and Behavior Major.

How did I get here? After completing my Ph.D. in Cognitive Neuroscience, Psychology and Psychophysiology at the Department of Cognitive Psychology, Sapienza, University of Rome, I became increasingly interested in the neural basis of attention and cognitive control. As part of my training, under Dr. Jin Fan’s mentorship, the Director of the Neuroimaging Laboratory at the Icahn School of Medicine at Mount Sinai and with a dual-appointment at the  Department of Psychology, Queens College, CUNY, I have developed unimodal and crossmodal paradigms with  the conceptualization of attention as an organ system consisting of specialized functions and networks in the brain.

What am I working on now? Compared to other modalities, the investigation of visual attentional functions has attracted to a greater interest in the past years, possibly due to the existence of a so called “modality dominance”, a bias towards the processing of visual stimuli to counteract the low altering effect of visual stimulation. A great extent of discoveries resulted from such focus on the visual modality but whether similar neural and behavioural mechanisms characterize also the other sensory modalities (e.g., auditory) is less clear.

My effort is currently devoted in understanding what distinguishes human imagination from perception.

FIND ALL MY RESEARCH ON GOOGLE SCHOLAR. 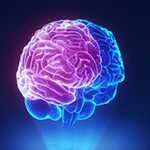 (article, 2022) The cost of attentional reorienting on conscious visual perception: an MEG study

(article, 2021) Visual mental imagery engages the left fusiform gyrus, but not the early visual cortex: a meta-analysis of neuroimaging evidence 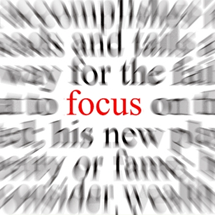 (article, 2022) Cognitive Considerations in Major Depression: Evaluating the Effects of Pharmacotherapy and ECT on Mood and Executive Control Deficits

To make an appointment pertaining to questions about your undergraduate studies click here.

To make an appointment with Instructor Spagna pertaining to his classes click here.

The Living Lab is an initiative created by Alfredo Spagna that seek to draw connections across work in various disciplines to tell societally relevant stories. Lab members fosters interdisciplinary collaborations to engage research topics in new ways. Broadly, we have done this by recruiting creative individuals belonging to contrasting areas of study (psychology, journalism, neuroscience, theater, and philosophy, just to name a few). Below, you will find a list of projects we are currently working on: 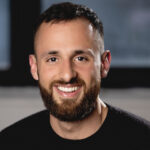 The demand for diversity, equity, and inclusion (DEI) trainings has been steadily increasing for many years. The aim to cultivate sophisticated work environments that benefit from diverse backgrounds, ideas, and abilities has become a priority for leading organizations and corporations worldwide. This steep incline in demand has engendered myriad new DEI educational approaches offered across the U.S. However, few research studies have aimed to evaluate the efficacy of the vast range of tactics being employed by the various DEI trainings aiming to improve work cultures in our society. Here, we examine whether the use of neuroscientific findings related to implicit bias and prejudice strengthen or weaken the credibility of DEI training models. We also aim to quantify the extent to which applying a neuroscientific lens in DEI models impacts the probability of observable behavioral shifts in those exposed to such educational paradigms.

Chloe Lambert: creating an English version of the Battery for Imagery and Perception (eBIP) 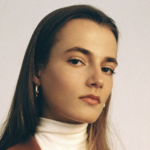 I am working on incorporating eyetracking and EEG to eBIP, which is the first English version battery assessing visual mental imagery (VMI). This project aims to not only assess VMI, but also to understand the oculomotor behavior and brain waves associated with this cognitive process.

Developing a new measure for studying PRECISION in visual perception 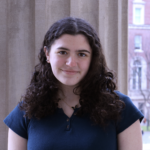 I am studying if we can spatially orient people’s attention in mental imagery and how that process differs from attentional cueing in perception.

Studying the effects of Visual Mental Rotation on Illusory Perception

Vedika Basavatia: Understand the neural basis of our motivation to act in an intentional manner 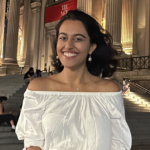 I am working on a project attempting to understand the neural basis of our motivation to act in an intentional manner, using movement analysis and mobile EEG. I am driven by the fundamental questions, why do we do the things we do, and how are these urges represented in our brains?

Read More
GET IN TOUCH

We use cookies on our website to give you the most relevant experience by remembering your preferences and repeat visits. By clicking “Accept”, you consent to the use of ALL the cookies.
Cookie settingsACCEPT
Manage consent

This website uses cookies to improve your experience while you navigate through the website. Out of these, the cookies that are categorized as necessary are stored on your browser as they are essential for the working of basic functionalities of the website. We also use third-party cookies that help us analyze and understand how you use this website. These cookies will be stored in your browser only with your consent. You also have the option to opt-out of these cookies. But opting out of some of these cookies may affect your browsing experience.
Necessary Always Enabled

Any cookies that may not be particularly necessary for the website to function and is used specifically to collect user personal data via analytics, ads, other embedded contents are termed as non-necessary cookies. It is mandatory to procure user consent prior to running these cookies on your website.